IT Central Station is now PeerSpot: Here's why 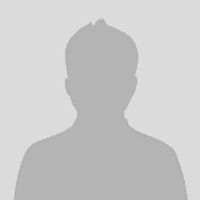 Commented on We did a comparison between Microsoft Hyper-V and VMWare. In the end, VMWare won the battle of evaluation.
If it's not confidential, I would love to see the evaluation battle details.
Commented on With our previous solution we had issues with replication and tiering. Our nightly backup jobs now run much quicker.
Nice review, could you share what kind of batch jobs you would run during the night that took forever and which backup solution you have installed? We upgrader from a 3PAR T400 to a StoreServ 7400, so we were already a bit spoiled ;-)
Contributed a review of Microsoft UAG [EOL]: Microsoft RAS and UAG
Contributed a review of VMware vSphere: The web GUI isn't a worthy replacement for the standalone one but it is ​cheap and fast to deploy new servers
Contributed a review of IIS: Authentication for network appliances became easy to do but the monitoring needs improvement
Contributed a review of HPE 3PAR StoreServ: SSD, SAS and SATA disks in one box. Transparent failover between datacenters, delivers performance as promised.
Experience
Other Skills
3PAR Storeserv 7000, HP X9000, EMC Celerra, IBM Tivoli
Following

Server Virtualization Software
We did a comparison between Microsoft Hyper-V and VMWare. In the end, VMWare won the battle of evaluation.
NAS
With our previous solution we had issues with replication and tiering. Our nightly backup jobs now run much quicker.

After getting my degree in Informatics Management and Support I started working for Fortis AG as a Junior Account manager at the Pension-funds department. This is not where my interests were, so I started a few months later at the VRT as a Junior System engineer.
I gained a lot of experience in the following fields:the whole server 2003/2008 environment with AD, DFS, Exchange 2010, TSM, 3PAR, ...
After 4 years I became a Senior System Engineer and my focus is in the big picture of storage, back-up and virtualization. For the moment I work on a daily base with the HP EVA, HP X9000, 3PAR (T400 and StoreServ7000), EMC NAS, IBM Tivoli Storage Manager and VMWare technologies, but it is very well possible other technologies in the same technological area's will become common knowledge to me in the near future.